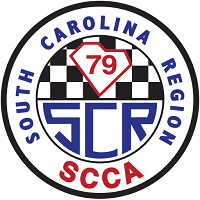 Join us for a weekend of #funwithcars in the Parking Lot Too Tough To Tame!

If you have previously signed up for a 2020 Season Pass, you are automatically registered for the Saturday AutoX. If you want to DuelX too, click through to add it to your registration.

Duelcross is a unique event where you race actual people, not a clock. You and another driver are both on the track at the same time, but not wheel-to-wheel. One driver is halfway around from the other on a full-loop course, first one back to his own starting line wins the match.

You only have to beat that one other guy (or girl)… this time. Two judges decide the match. Both must agree without consultation. If they don’t, or they can’t decide, a rematch is automatic.

Win your match and you keep going through a double-elimination bracket – that means you have to lose twice before you’re out of the contest. There are also at least two practice runs in the morning, so everyone gets a minimum of four runs. If you keep winning, you get more runs as you advance through the brackets.

Brackets are set up in larger combined classes. You may see SS, AS, BS and FS all in one “Bigbore” bracket, for example. You enter your regular class. Pre-entry is required! Brackets are established in advance. Trophies will be determined by the number of entries but we will award at least three.

There is no clock (most of the time), there’s no 2-second pylon penalty. The pylon rule is the same as a regular autocross (standing, touching the box). If you hit a cone, the other competitor has to hit a cone in order for you to be back on even footing. The competitor with the fewest cones wins.

Two drivers can still share a car. Brackets are set up to separate them as much as possible. If codrivers end up paired in a match, that match is run on stopwatches. The first driver’s time is not announced until the second driver is on course. The fastest driver advances. Since there is no direct comparison between the drivers, cones will be added as a two second penalty.

Within the brackets, lanes and pairings are by a poker chip drawing. If there is enough difference between cars, there will be an offset start to help keep the pairing equal. The offsets are not negotiable. All pairings for the practice runs will be heads up.

Arrive early and plan on being there all day. The schedule is:

*Event Schedule is Subject to Change

NOTE: Join SCCA today as a South Carolina Region member (first-time members only) and we'll waive your Autocross entry fee!  Go to SCCA.com and join now (if you're under age 25, be sure to select the discounted "First Gear" membership). Then, e-mail your membership confirmation to membership@scsportscar.com. Register for the event without paying and we'll credit your event registration.

ONLINE REGISTRATION IS MANDATORY. Due to Covid-19 there will be no onsite registration, no sob stories, no exceptions. There won’t even be anyone in the van to whine to or bribe.