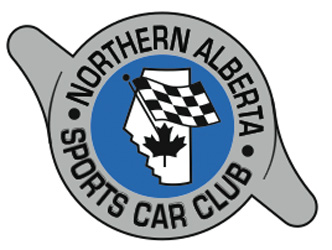 - Co-drivers in same car and class (team) can be registered for no cost.

- Primary Driver may enter a second class for $230

- KOR (1 hour) on Saturday is included in the sprint entry.

Open Wheel run group - we need at least 5 entries to make this run group viable and will set it up if we reach that number.

Vintage run group -we need at least 5 entries to make this run group viable and will set it up if we reach that number.

Closed Wheel run group - this will be broken into one or more run groups of ST, SM, and ITJ depending upon the number of other run group entries

- Entry Fee for the 3 Hour Enduro is $240 and there is a minimum of 2 drivers and a maximum of 3 drivers. 2020 NASCC Endurance Racing Supplemental Regulations can be found at: http://nascc.ab.ca/wp-content/uploads/2020/07/v7-NASCC-Endurance-Racing-2020-Sup-Regs.pdf

- Endurance Race Classes will be as per the 7 Hour or longer section of the 2020 NASCC Endurance Racing Supplemental Regulations: E1, E2, E3 and E4. Tires will be open for the Enduro. There will be no more than 3 people allowed in each teams hot pits.

Check the NASCC website for the latest schedule. www.nascc.ab.ca

Drivers must be familiar with all WCMA Technical and Sporting Regulations, see website http://www.wcma.ca/new/racing/racing-forms/

Minors must have both parents sign a “minor waiver” in advance and send to the Club via email before the event.

There will be no on-site registration and all entries will be online using MotorsportReg. Please familiarize yourself with all Covid-19 rules and guidelines before hand especially Technical inspection.

Drivers must hold a valid WCMA race license, or have received permission from WCMA licensing to use an alternate approved license.

Snell SA 2010 or newer helmets required, along with a HANS device or FIA approved equivalent

Race Suits, gloves, shoes must be of approved, fire retardant materials; suits must be SFI3-2A/3 worn with fire retardant underwear, or SFI3-2A/5, or FIA homologated multi-layer.  No clothing should be made in whole or part of Nylon